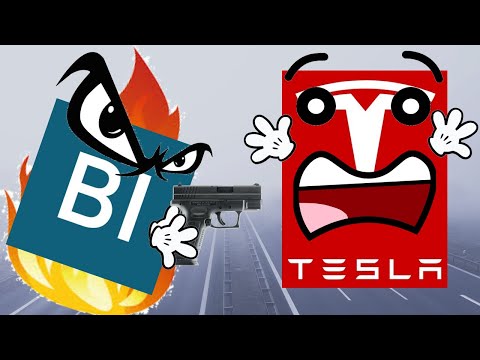 Survey Responses Are IN!

I want to thank everyone who replied to our survey! Your feedback is extremely valuable!
​
​
Here are the results and how they're helping shape our direction.
​
​


What goals would you like to see us accomplish? What's most important to you in how this Quadriga situation ends?

This was an open-ended question and the answers varied widely (and there was definitely a lot of responses which mentioned multiple goals). Here's a summary:
The justice theme has been entirely overlooked by what we're doing. Discussing the idea on the Quadriga Uncovered Telegram group, it was determined that there was definite interest in a potential letter-writing initiative. One possibility would be sending letters to the RCMP to request the exhumation.
​
​


Is there any part of our initiative which confuses you?

Almost universally, there was no mention of any confusion.
The feedback we did receive:
Please feel free to reach out on Telegram and Reddit if there are any further questions!
​
​


Is it more important to you that we focus on (a) helping victims of Quadriga recover, (b) educating more people about Quadriga and other exchange fraud, or (c) preventing future exchange fraud events like Quadriga?

Of the first or only choice picked, 70% chose (a) helping victims of Quadriga recover, while 30% chose (c) preventing future exchange fraud events like Quadriga.
(a) was mentioned in 80% of cases, and top choice in 70%.
(b) was a second choice in 30% of cases and mentioned in 35%.
(c) was mentioned in 65% of responses and top choice in 30%.
The educational portion of our initiative was seen as the lowest value. We are floating the idea of replacing the Education goal with a separate Justice goal, which is composed of letter-writing and other advocacy to help speed up any potential criminal investigations.
​
​


What bothers you most about Canadian cryptocurrency exchanges?

The responses varied widely. Here's a selection:
There is clearly a lack of satisfaction.
​
​


Should preventing events like Quadriga focus more on regulatory reform (working with regulators) or trying to create change through setting the example on one exchange and go from there (similar to how "Tesla" has electrified vehicles)?

Overall summary:
Pressing forward on both fronts appears to make the most sense.
​
​


Would you rather have the recovery run inside of a for-profit exchange (sort of a marketing/promotion idea to push people onto a safer exchange) or as an independent group of affected users pushing for our own interests (working with the safer exchange and other businesses potentially similar to a labour union or political advocacy)?

The end result:
We will be working to run this independently, however working closely with our partner exchange as a joint project (and it is definitely a promotional tool for them).
​
​


If given the choice, would you prefer (a) $20 cash each year for 10 years (slower recovery with full choice), or (b) your choice of $200 worth of discounts on products/services that are donated by small businesses which you could use this year (faster recovery with less choices)?

60% indicated a preference for (b), and 40% had the preference for (a). There is clear interest in focusing on both, which will push the fastest and most flexible recovery.
​
​


Affected users have a liquidation option which allows non-victims to purchase their tokens on the exchange. How do you feel about charging non-victims a small fee (5 cents per token) that is split between funding the project and a pool for affected user payout?

50% expressed outright support for the idea. Below are more detailed responses and comments:
At the moment this has not yet been agreed upon by the partner exchange.
​
​


Have you discussed the project with anyone else who lost funds in Quadriga? What kind of feedback are you hearing?


Many affected users have strong privacy concerns and shame regarding what happened to them, such that they are even hesitant to share basic details. What do you feel is the best way to build trust and openness among the affected user community?

Here are some of the replies:
​
Notes: Percentages rounded to the nearest 5%.
​
​
Thank you very much for everyone who took the time to respond! We will continue to study your answers as we move forward!

How to succesfully Invest and Basics

A Case for How Disruption Leads to Innovation

AMA with Tezos on ARK slack

With Bitcoin, anyone could take to the Silk Road and purchase cannabis seeds, LSD, and cocaine without revealing their identifies. And the benefit wasn’t entirely one-sided, either: in some ways ... A report published by the Better Business Bureau (BBB) says that cryptocurrency-related scams are continually growing, becoming the second most risky of 2019 among North Americans. According to research from trust-gauging organization published on March 2nd, scams averaged about $3,000 in losses for businesses and charities within Canada and the United States. Visit Business Insider's homepage for more stories. Tesla will release a new beta version of its "Full Self-Driving" driver-assistance package next week, Tesla CEO Elon Musk tweeted Monday. Whether you're a frequent flyer or a small business owner. Premium Executive Lifestyle 2020-10-06T16:41:00Z 11 books to read if you want to take charge of your finances, learn how to budget, and ... Visit Business Insider’s homepage for more stories. The meteoric and sustained rise of Tesla means its CEO, Elon Musk, could receive his fourth of 12 options tranches from his 2018 compensation ...

Faraday Future, a California-based electric-car startup and Tesla's once rival, generated buzz in 2015 as the company poached top talent from Tesla, BMW, Aud... Business Insider's Tesla reporters are here to explain the most important things to know about the automaker's upcoming second-generation Roadster. For more, check out: https://www.tesla.com ... Wernick says that people misunderstand bitcoin because it is often explained as a payment mechanism instead of as a store of value. Business Insider tells you all you need to know about business ... Bitcoin has been soaring in value at times, but crashing at others. Lauren Lyons Cole, a certified financial planner and senior editor at Business Insider, e... Tesla is piloting a blockchain program at one of it’s Gigafactories! Which crypto projects could be involved with Elon Musk & Tesla diving into the blockchai...